Randy Reiman is a standup & sketch comedian whose hour long special Attention Span will debut at the New York Fringe Festival in August. He can be seen performing regularly at the UCB and Reckless Theaters.  He was a monologue writer for PIT-TV’s Who Won The Internet and starred in videos for IFC, Funny or Die, and Fox Sports. When Randy’s not writing, he loves improv with his teams Scrambled Legs and Suburban Adventure, both of whom were showcased in UCB Cage Match.

Jake Smith is a New York based Actor, Improviser, Writer, Musician, Singer, and Voice Over Artist. He performs regularly with his improv teams Rumpleteaser (UCB Musical Team) and Scrambled Legs (9 time UCB Cage Match Winner). He recently starred in the short film Modus Operandi. Jake has studied acting, improvisation, and sketch at the Upright Citizens Brigade, The Magnet Theater, and the Barrow Group. 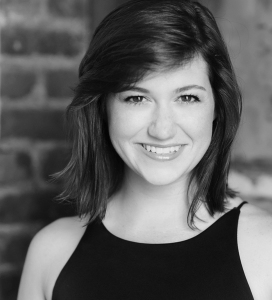 Joyah is an actress-singer-comedian from San Fransisco, CA. She received her BFA in Musical Theatre from Otterbein University. She’s performed regularly on stage in New York, regionally, and abroad. You can often find her doing improv/sketch around the city. Most importantly, she is obsessed with Hardcore Game of Thrones – a podcast mash-up of the “Game of Thrones” universe and the “Hardcore History with Dan Carlin” format.

Amy Lynne Berger is a New York based actor, writer, and comedian with a Chicago based soul. She graduated from NYU’s Tisch School of the Arts, receiving her drama training from the Lee Strasberg Theatre & Film Institute and Stonestreet Studios. Following that, she began her training in sketch and improv comedy at the Upright Citizens Brigade and Reckless Theatre in New York.

She is one-half of the writing duo I mean… Productions. She is the writer and star of the web series, AVERAGE, is a performer on the BoogieManja Sketch Team, First Kiss, a co-host of a monthly character show, People Who Need People: A Character Extravaganza and co-writer and Star of the web series, Sad Marriage. She has performed and written for Hulu, Lifetime, ABC, Funny or Die, CBS Radio, UCB, The P.I.T., Williamstown Theatre Festival, One Year Lease Theatre Company, Improbable Stage Company, Carolines on Broadway, and numerous television commercials and indie movies.

Polina Feldbein is an improviser, actor and writer originally from Staten Island, New York. After moving to Brooklyn last year, she’s still adjusting to people pronouncing her name correctly. During the day, she makes reality television. At night, she’s probably asleep. She studies improv at UCB and performs regularly with her indie improv team Generous. She is currently working on some funny digital content – so look out for that! You can follow her here: Instagram: @pjfeldz and Twitter: @cowboysnkittens.

Ken is a New York based Actor and Improvisor. He studied and graduated from The New York Conservatory for Dramatic Arts in 2012 and has been at UCB since March of 2013. He has studied Improv with Tim Martin, Gavin Speiller, Kevin Hines, Achilles Stamatelaky, Brandon Scott Jones, Kate Zelensky and Christian Capozzoli. Ken has also studied sketch with Brandon Gulya, Dru Johnston and characters with Frank Garcia-Hejl. Ken can be seen monthly on his indy sketch team First Kiss who performs with Boogiemanja and can be seen daily on social media.@KenMcGrawJr